Lorenzo Antonio was born in Albuquerque, New Mexico on October 3rd. Since he was a little boy, he knew he wanted to be a singer. At the early age of 5, Lorenzo began singing and playing the guitar. By the time Lorenzo was 12 years old, he had already sold over a million records. By the time he was 17, he was known internationally throughout all of the Americas. His mantle is full of awards that he has received throughout his successful career. Platinum and gold records adorn the walls of his recording studio for both singing and songwriting. 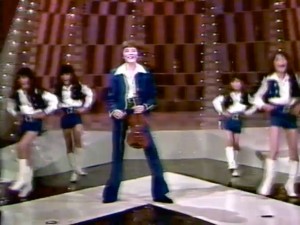 In April of 1982, Lorenzo Antonio explodes onto the music scene when he and his sisters, under the name Lorenzo Antonio y su Grupo, win first place with Lorenzo’s composition “Vamos A Jugar” in a very important music contest known as “Juguemos A Cantar.” This festival was transmitted on the immensely popular show, Siempre En Domingo, hosted by Raul Velasco. The commemorative album of the festival sells over 1 million copies, and is the first of many crowning moments in Lorenzo Antonio’s career.

For the rest of that year, Lorenzo tours all of Mexico, performing in front of sellout crowds in over 70 cities, with a combined estimated audience of 1 million people. 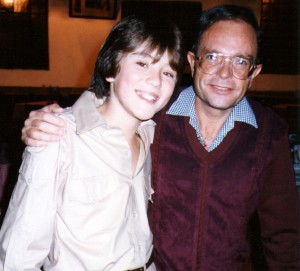 The follow-ups to this incredible hit were his chart topping compositions “Como Me Gustas,” and the hit single “Muchachita.” After this, his composition, “Busco Un Amor,” tops the charts establishing Lorenzo as a major singer/songwriter in the music industry. 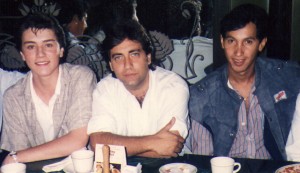 In 1986, Lorenzo teams up with Italian producer / songwriter, Enzo Malepasso, and arranger, Luigi Lazareno and scores one of the most successful hits of his career: “Doce Rosas,” which was one of the top songs of 1987, not only in Mexico, but also in most of Latin America. Lorenzo toured Mexico, Ecuador, Colombia, Venezuela, Peru, the Dominican Republic, and the United States. “Doce Rosas” receives numerous awards in many different countries for topping the sales and record charts. Over the years, “Doce Rosas” has become Lorenzo’s “hymn.” From 1986 to 1989, Lorenzo works with Enzo on a total of 3 albums, which generate an impressive amount of hit records such as, “Doce Rosas,” “Dile,” “El Idioma Del Amor,” “Pequeña Flor,” “No Llorare,” “El Amigo Es” (with Joan Sebastian, Los Joao, Byanca, y Lisa Lopez), “Buscaré,” “Septiembre,” “Ella y Tu,” “La Ultima Carta,” “Para Decir Te Amo,” “El Mejor Amor Del Mundo,” “Amores Mios,” “Somos De Hoy,” and “Nada Sin Ti.”

In 1991, after a brief college stint, Lorenzo teamed up with Juan Gabriel and scored the hit albums, “Mi Tributo A Juan Gabriel,” and the follow up, “Tributo 2,” which contained the hit singles, “Como, Cuando y Porque,” a Juan Gabriel original composition, “Cuando Me Vaya De Tu Lado,” “Eres Divina,” “Amandote,” and another Gabriel original, “Loco Enamorado.” Many of these songs were done in Spanish and English, which continues a tradition that Lorenzo established since his first album, and continues to this day. 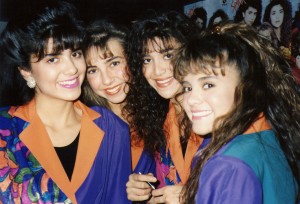 In 1997, Lorenzo scores another hit record with his father’s (Tiny Morrie) compositions, “El No Te Quiere,”  which was originally a hit by the group, Pegasso in the ‘70’s.

In 1998, Lorenzo continues to score several hits with his father’s compositions on the album, “Siempre Te Amare” that were originally done in the ’70’s, such as: “No Hay Amor,” “De Hoy En Ocho,” “Otra Carta Triste,” “Perdoname Si Yo Llore,” and “Lonely Letters.” 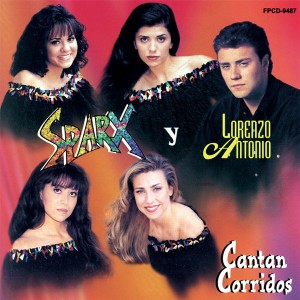 From 1998 to 2000, Lorenzo once again teams up with Sparx on the album, “Cantan Corridos Vol. 2,” the much-awaited follow up to their extremely successful “Cantan Corridos” album. This album goes double platinum.They also work together on the album, “Para Las Madrecitas,” a Mariachi album dedicated to all of the moms of the world. The commercial success of their Mariachi albums solidifies Lorenzo Antonio and Sparx as some of the top artists of the genre.

Sparx, Lorenzo Antonio, and some of the Scholarship recipients

In 2001, Lorenzo and Sparx decide to start a charitable organization, dedicated to giving scholarships to high school students wanting to further their education. Every year since then, they have performed at least one show where the proceeds are donated to this cause. To date, 305 Sparx & Lorenzo Antonio Scholarships have been awarded to students, worth almost one million dollars. Visit www.SparxLorenzoAntonio.org for all of the information on this project.

For most of the early and mid 2000’s, Lorenzo continued to team up with his sisters, Sparx on several albums such as, “Grandes Exitos con Mariachi” “¡A Bailar!” and “¡Fiesta!” Lorenzo also released several “Ranchera” albums such as, “Canta Rancheras y Mas,” “Rancheras Vol. 2,” and “Ranch3ras” where he showcases his guitar playing. 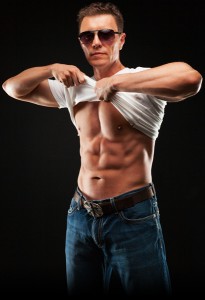 In 2005, Lorenzo suffers a severe low back injury and is forced to take a hiatus from his career in order to deal with his injury. For 2 years, Lorenzo lives in pain and tries different remedies for the injury to no avail. Doctors tell him that surgery is the only way to relieve the pain, but Lorenzo refuses to go down that road. In 2007, Lorenzo meets a personal trainer that advises him that with proper diet and exercise, recovery is not only possible, but also that Lorenzo would be healthier and stronger than ever before. From 2007 to 2009, Lorenzo dedicates himself to a very healthy lifestyle of good diet and hard exercise. In that time, he puts on 20 pounds of muscle and loses 30 pounds of fat, fully recovers from his back injury, and is indeed now in the best shape of his life. At 6′ 2″ tall, Lorenzo currently lives year round between 195 – 205 lbs. at 10% body fat or less, and follows a healthy lifestyle in order to maintain his health and physique at all times. 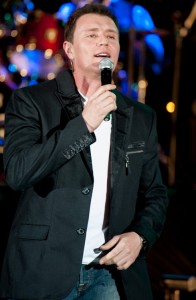 From 2009 to 2013, Lorenzo Antonio releases the albums, “Amores,” “Quédate Conmigo,” and the live CD / DVD, “¡En Vivo!,” which is a compilation of many of Lorenzo’s live performances. 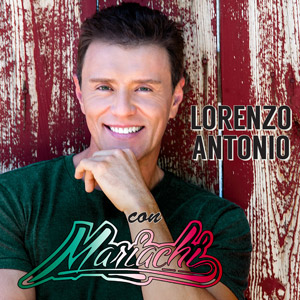 In 2015, Lorenzo releases the album titled, “Exitos Rancheros,” which features a Juan Gabriel original, “Madre Solo Hay Una,” and the live recording of, “Ranchera Jam,” which is a fun medley of classic Spanish and English songs.

In 2016, Lorenzo releases the album titled, “Con Mariachi.” This album features Rancheras, as well as some very up-tempo Mariachi music, and a beautiful romantic bolero called, “La Distancia Y Un Recuerdo.” That song is an original by the composer, Miguel Angel Flores. 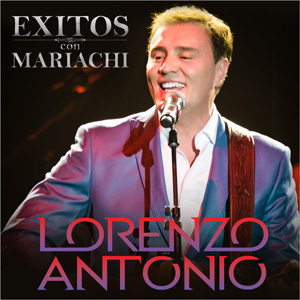 For the year 2017, Lorenzo brings us an album titled, “Exitos Con Mariachi.” It contains several of his biggest hits done live and with Mariachi, and also a duet with “La Gran Señora De México,” Yolanda Del Rio of the Juan Gabriel song, “Se Me Olvido Otra Vez.

This duet was recorded live just a few months after Juan Gabriel passed away. Lorenzo and Yolanda were very close friends of Juan Gabriel, and this song is also one of Yolanda’s first hits. Don’t miss the opportunity to have this wonderful historic duet!